Amazingly for a bank holiday Monday the weather was not bad.

There was quite a bit of sea fog near the south Devon coast yesterday, especially round the Exe estuary, but there was still plenty of sun at Branscombe although there was some fog at times.

Branscombe has an excellent pub called The Masons Arms and they do an excellent pint of Proper Job and also their Dover Sole and Mash is not bad as is their Exe Mussels and Fries. 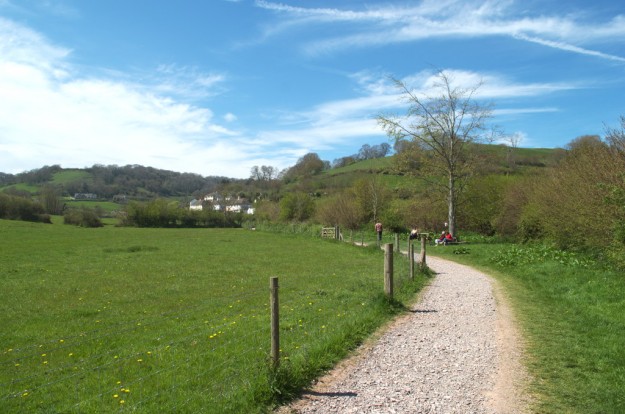 Once you get to the beach, if you turn left there is a steep slope known as the "stairway to heaven" and it certainly takes some climbing. 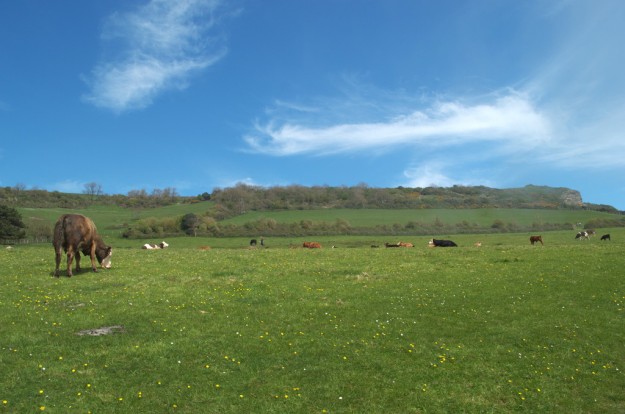 About a third of the way up you cross the track leading to the sea shanty caravan park. 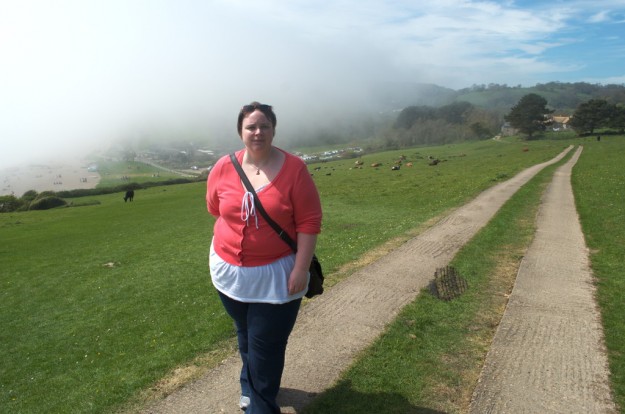 It is worth it when you get to the top as there is an excellent view of Branscombe mouth, although a lot of fog was rolling in along the valley. 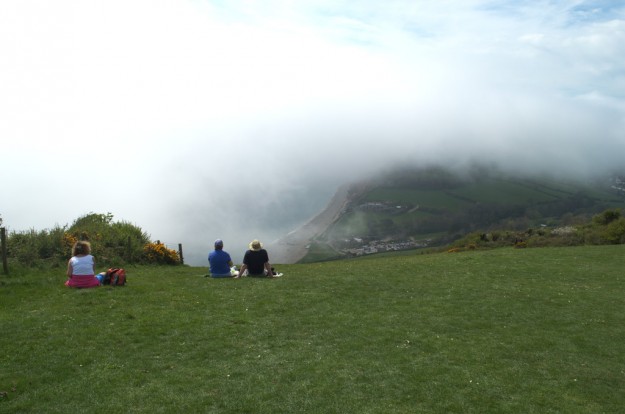 Once at the top there is a large plateau next to Hooken Cliffs, which is the highest part of the hill, midway between Branscombe and Beer. 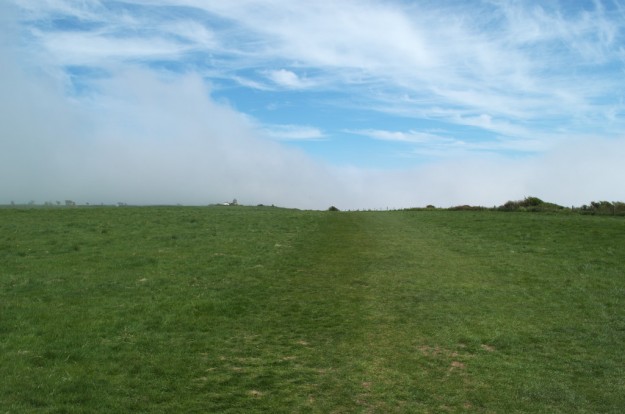 On the top above Hooken Cliffs 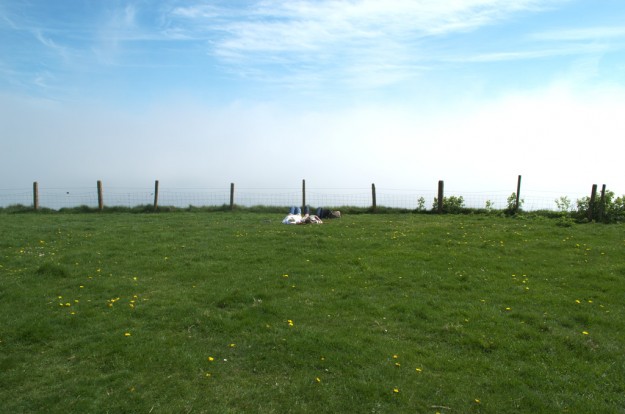 If you look over the edge of Hooken Cliffs you can see the impressive undercliff area, which is like a wild jungle. 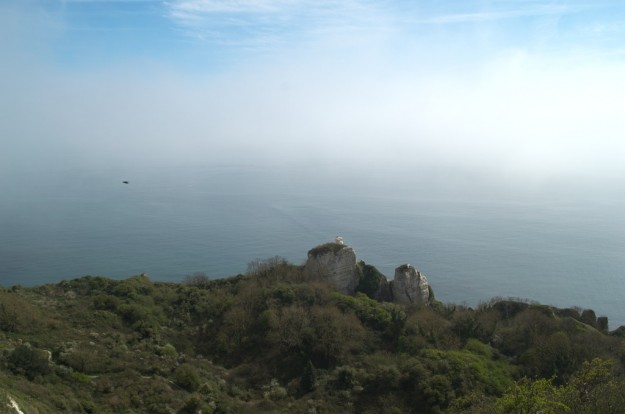 Canoes, making their way along the coast 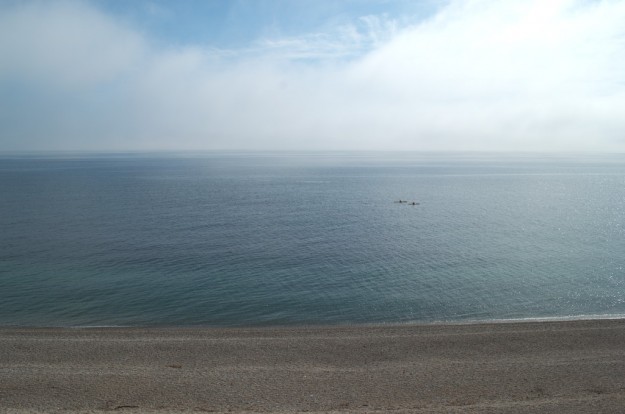